Yancey Richardson Gallery is pleased to present Itteki, an exhibition of new work by Japanese artist Yamamoto Masao. Focusing on Bonsai, the Japanese art of cultivating miniaturized potted trees, this series of toned, gelatin silver prints continues Yamamoto’s exploration of the emotional power of photography through landscape and his surrounding environment.

Speaking about this series, Yamamoto notes the cultural significance of Bonsai, “Since ancient times, people have considered Bonsai to be a microcosmic representation of the whole universe, residing in a single pot, and the proper way to appreciate Bonsai was to place them on a “tokonoma” alcove in a traditional Japanese tatami room.” In his characteristically playful approach, Yamamoto displaces the trees from their usual environment, setting them within dramatic landscapes, and star-filled skies, occasionally enhanced by miniscule drops (itteki 滴) of gold paint on the photographic surface. His manipulation of perspective creates quite startling results, in which the trees tower over mountain ranges and appear larger than the moon, or burst through the clouds into the heavens.

For Yamamoto, this interplay between indoor and outdoor creates a warped sense of space and time. He states,  “I am fascinated by the power of this new space that is created, which is strong enough to invert micro and macro, life and death, true and false; all of which are usually antithetical to each other. At the same time, Bonsai creates a noble aura around it which is soothing and brings tranquillity to the soul.” These exquisitely printed, small-scale works, invite a calm and meditative mode of viewing, encouraging the viewer to contemplate the existential questions underpinning Yamamoto’s rich oeuvre.

This exhibition is accompanied by the release of a new monograph for the artist titled Bonsai: Microcosms Macrocosms, published by T&M Projects. Other publications include Tori, 2016, Radius Books; Poems of Santoka, 2016, Galerie Vevais; Small Things in Silence, 2014, RM Verlag; Yamamoto Masao, 2011, The 21st Editions; Kawa, 2011, Kochuten Books; “e”, 2005, Nazraeli Press; and Omizuao, 2003 and Nakazora, 2001, both by Nazraeli Press. 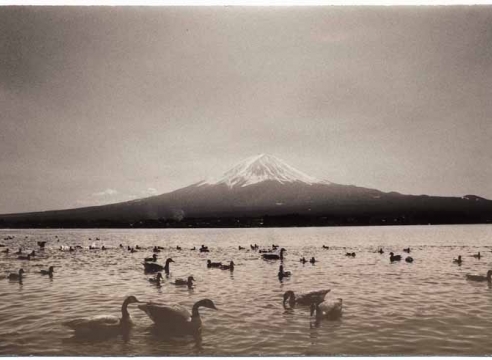 Yamamoto Masao
Back To Top