Yancey Richardson Gallery is pleased to present Nexus, an exhibition of large-scale photographs by Victoria Sambunaris.  Known for her extensive projects examining the intersections of modern civilization, geology, industry, and the natural environment, in Nexus the artist investigates the crossroads of the petrochemical and industrial cargo trade, and alludes to the expansion of global markets and the intensification of fossil fuel consumption worldwide.

Following the completion of her 2009-2010 series on the US Mexico border, Sambunaris spent four years traveling from the southern border of Texas to the Permian Basin and the Gulf Coastal Plains, photographing and interviewing local residents, pipe layers, rail men, oil workers, shipping executives, fishermen, truckers, port workers and marine biologists. Her research revealed an intricate matrix linking millions of miles of roadways, rails, pipelines, docks and waterways, both above ground and beneath, interwoven to maintain the uninterrupted hum of modern consumer economy.

Minimalist and reductive, the resulting photographs present a visually nuanced portrait of a vast industrial terrain embedded within the grassy plains and estuarial corridors of the region.  Nodding to the uninflected minimalism of Donald Judd and Bernd and Hilla Becher, Sambunaris details vast expanses of monochromatic oil and gas pipes stacked in open lots in preparation to be trucked, railed, and laid underground; endless lines of railway tank cars moving silently along the horizon line of an empty landscape; and multinational ships afloat the Houston Ship Channel, connecting Houston, home to the second largest petrochemical complex in the world, with markets throughout the world.

Although Sambunaris’s cool, precisely composed images do not offer political commentary, they invite consideration of man’s ineffaceable mark on the environment. As the artist writes, “The vast transportation network of the petrochemical industry, a near invisible part of a seemingly tranquil landscape, impacts the everyday lives of everyone involved, from oil riggers to Gulf Coast fishermen to consumers across the globe, interconnected and interdependent as the global economy continues its inexorable expansion.” 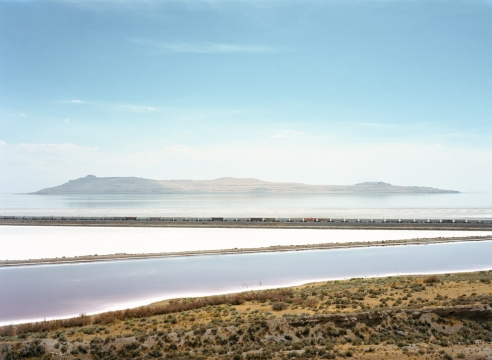 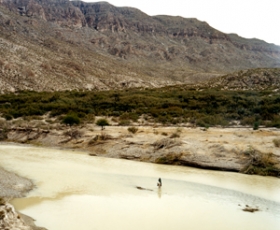 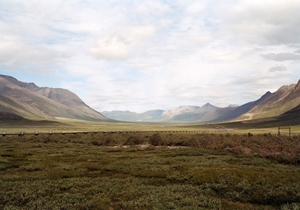 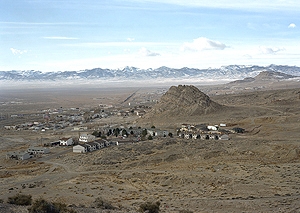