Yancey Richardson presents 7 Things Again and Again, an online exhibition of new still life photographs by Mary Ellen Bartley made each day during the month of April. A portion of the proceeds from the sales of 7 Things Again and Again will go to benefit the God’s Love We Deliver Covid-19 Emergency Fund. Known for her exploration of the tactile and formal qualities of books, Bartley was in the midst of her residency at Giorgio Morandi’s studio and library in Bologna, Italy when the pandemic began. As Italy shutdown, she returned to her home in Sag Harbor, New York to shelter-in-place. There, Bartley assigned herself a project inspired by Morandi’s process of reduction, repetition and restraint as a vehicle for meditation and introspection. Bartley chose a set of seven common household items, and committed to photographing them each day for the thirty days of April.

Bartley's attic studio became a refuge from the anxiety gripping the world, where her seven elements remained recognizable but were detached from their everyday function, serving instead as an exploration of form and process. Experimenting with exposure, depth of focus and subtle variations in light and shadow, Bartley transformed the quotidian objects into moments of stilled time. In addition to these quietly contained compositions, Bartley experimented with veiling the objects, re-photographing her images, or recombining portions of prints into new compositions, pushing the imagery further toward abstraction. The hushed tranquility and containment of the resulting images speak to our current moment, of a world on pause. 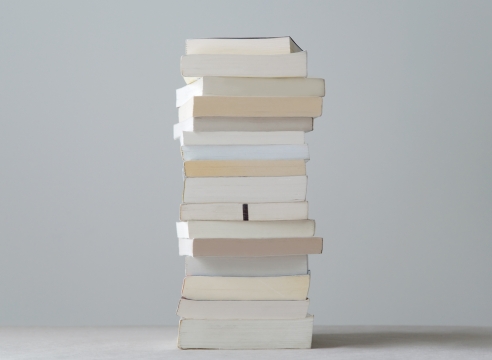 Mary Ellen Bartley
Back To Top